The project at the CPM site in Mells consists of the construction of a steel portal-framed building with a 3,300 square metre floor area, containing space for new manufacturing machinery as well as storage for nearly 200 precast concrete manhole sections.

During the past month, we have began setting out and excavating the new road system as well as the main foundations of the factory. We will continue works until late 2018, when we will have completed the largest extension yet of the CPM site.

Work began on site last month (February) to strip the topsoil from the whole field. This was piled into a bank which stretches along the length of the field, and is about 5 metres in height (see drone shot above).

We then began setting out rough road boundaries, for the 500 metres of road which will be laid. We carried out a number of tests to check the strength of the soils, and once the tests were confirmed, we placed hardcore around the site to provide roads for the plant machinery.

There is a big focus on environmental protection on this site. Around 300 metres of heras fencing has been erected around the wooded areas at the boundary of the site, to protect the natural habitat and to form a Root Protection Area (RPA). We continue to work closely with our Subcontractors and the Client to ensure the site stays clean and does not damage the natural environment. 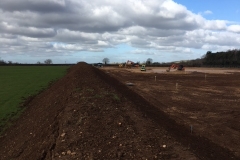 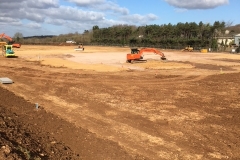 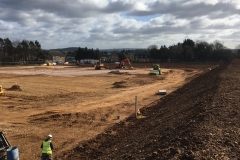 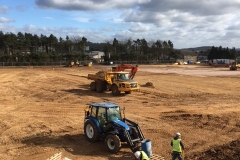 The next step was to begin work on the foundations. Setting out engineers began to measure and mark the positions of pad and strip foundations. Excavators then began to dig the pads.

As the first set of foundations are excavated, we will follow up with concrete. This whole process is likely to be completed in the next couple of weeks, when we can then begin to erect the steel frame. 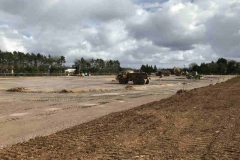 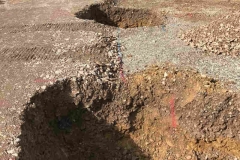 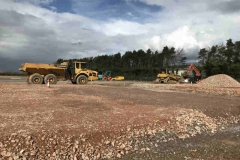 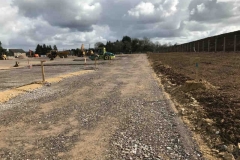 As the first batch of pad and strip foundations were excavated, and the second batch is on its way to completion, we have began to fill with concrete.

The Groundworkers placed the required rebar reinforcement into the excavated pads, and the concrete was pumped in. They also positioned the holding down bolts, which will secure the steel columns to the foundations as well as level the columns.

We plan to have the foundations excavated and concreted in the next fortnight, where we will then be able to begin the erection of the steel frame. 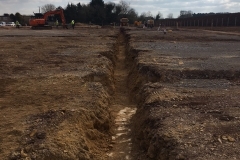 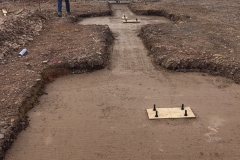 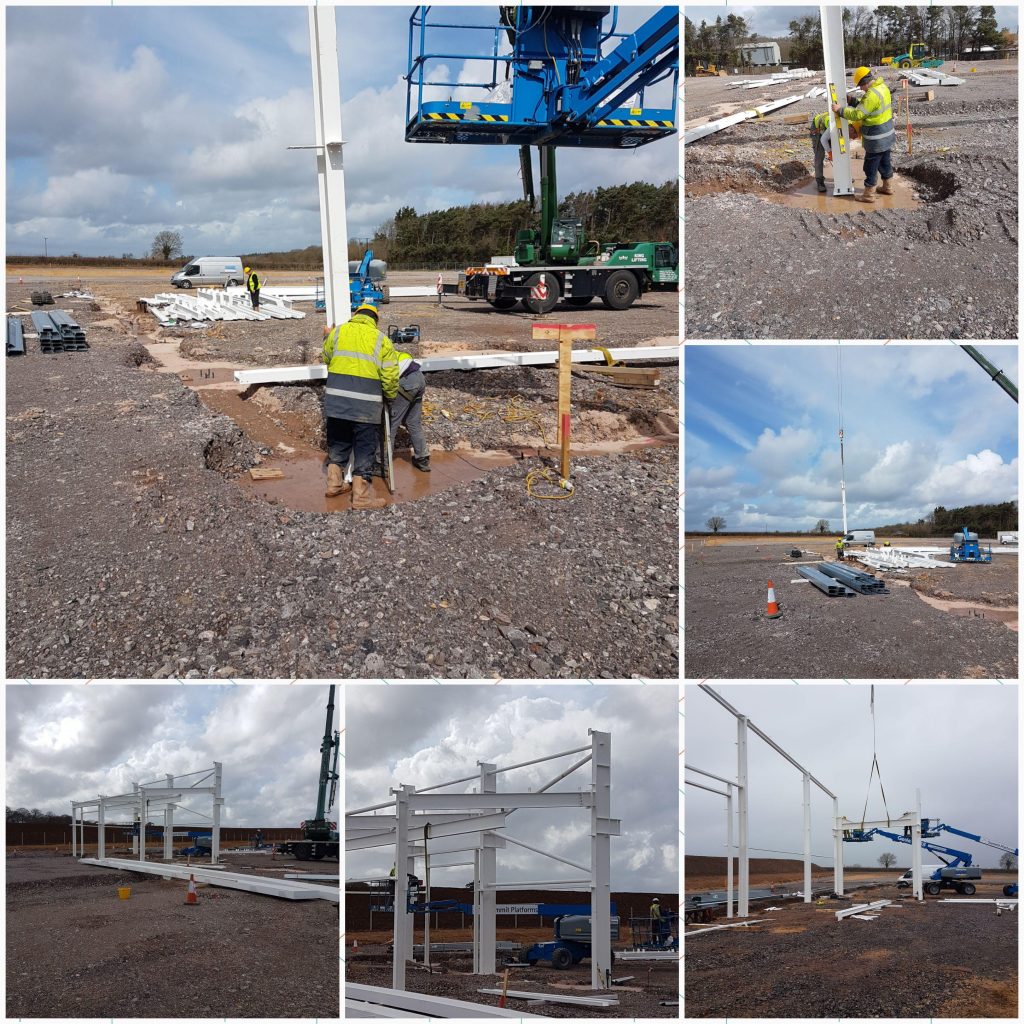 We have now began to erect the steel frame. The first section, which will house the joiner and engineer workshops, forms a lean-too structure to the larger portal frame sections.

Works to the soakaways have also started. The 30 metre long soakaway will allow rainwater to drain quickly and avoid surface water on the site.

3 months on, the steel frame is fully erected, and the cladding is mostly complete.

We’re also ready for the installation of the roller shutter lintels.

Here you can create the content that will be used within the module.

Inside, the groundworkers have been preparing the steel rebar for the machine pits. These bespoke pits will house the factory machinery. 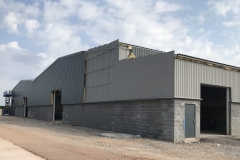 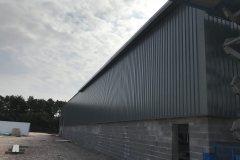 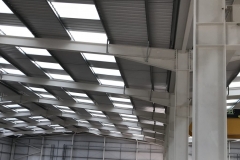 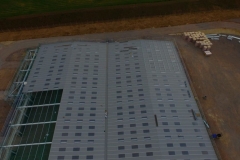 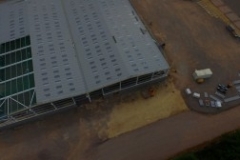 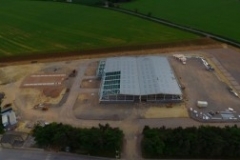 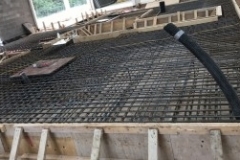 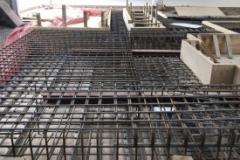 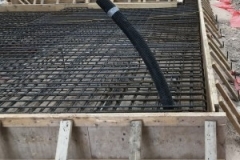 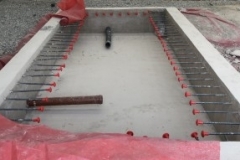